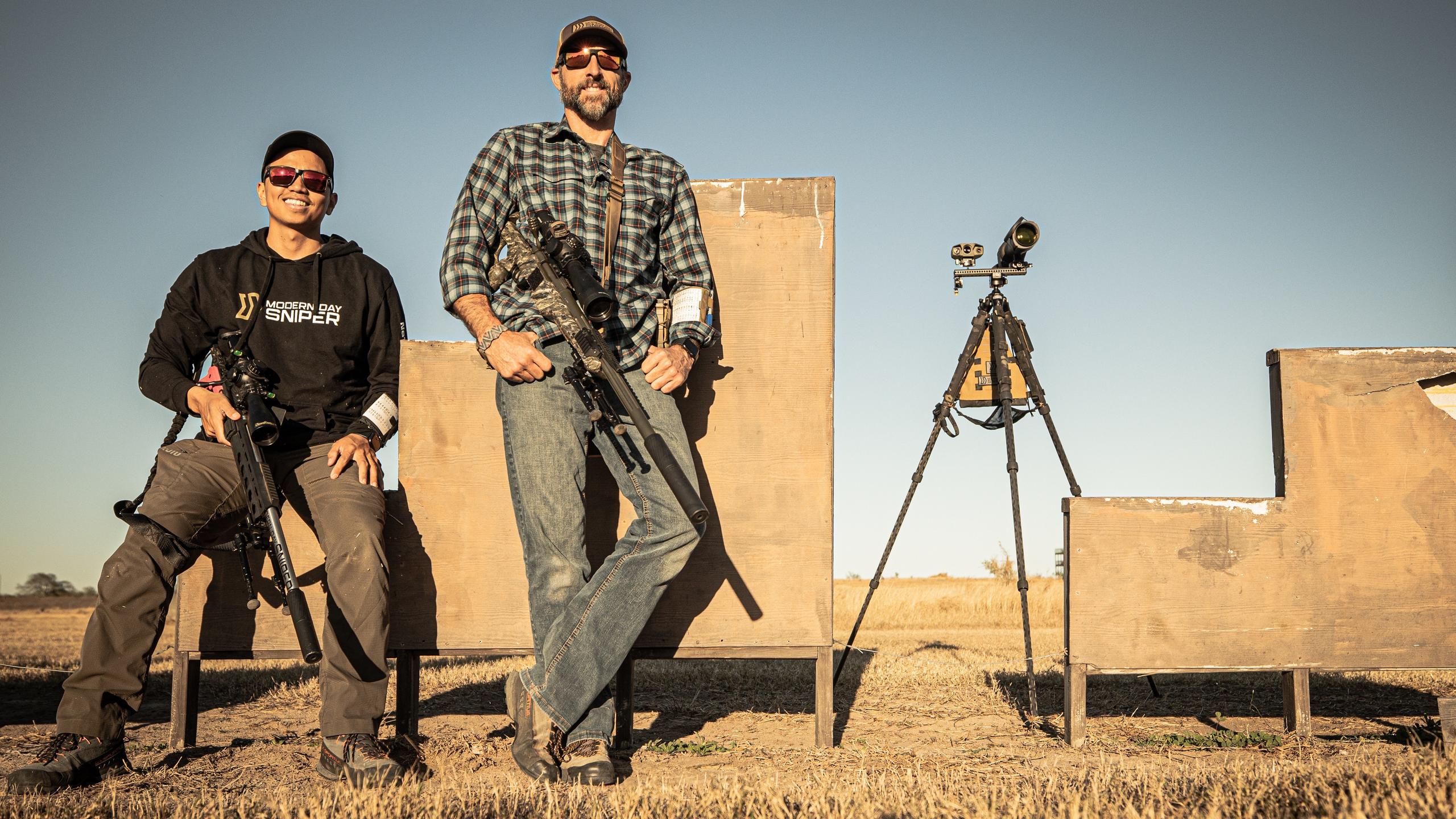 How did Modern Day Sniper start?

The concept of Modern Day Sniper came about as a podcast. Two snipers, passionate about teaching and giving back to their community, started to discuss the subjects that meant the most to them with the intent of shifting the paradigm of how snipers and riflemen approached their craft. That podcast ended up setting the community on fire. Modern Day Sniper was born from the alchemy of two generations of snipers working together to challenge the status quo and progress their community.

Caylen's professional journey as a rifleman began with his career as a US Marine Corps Scout/Sniper. Prior to that, Caylen had an affinity for shooting and hunting as a young boy and taught himself how to shoot a centerfire rifle at the age of 14. A voracious reader, he consumed anything related to long range shooting and sniping, leading him to following his dream of attaining the title of a US Marine Corps Scout/Sniper.

During his time as a Marine Caylen served almost entirely as a sniper, holding every billet within the community with the exception of a platoon commander. He served as an instructor at the 1st Marine Division Scout/Sniper School as the primary marksmanship instructor where he trained US Marines, US Army soldiers, and Naval Special Warfare operators in the art and craft of sniping. Caylen participated in a combat tour as a Sniper Team Leader in 2004, and sustained severe injuries which led to the end of his military career. Prior to his departure, Caylen passed on his urban combat experience as an instructor at the Urban Sniper and Urban Reconnaissance and Surveillance courses.

Caylen resides with his family in the Pacific Northwest where he's an avid backcountry hunter and precision rifle competitor. When he's not shooting you can find him adventuring with his family, or in the sky under a wing.

Upon exiting the Marine Corps in 2018, Phillip served as the Lead Instructor for Gunwerks Long Range University for two years.

Phillip is one of the co-founders of Modern Day Sniper and currently serves as an instructor for Modern Day Sniper. Phillip is also well known as a nationally ranked precision rifle competitor in the Precision Rifle Series and National Rifle League circuit, having placed in the top 10 in the 2018 season for both organizations. Phillip’s best finish is winning the 2018 Precision Rifle Series Finale.