It’s getting to be that time of year again when my brain is struggling to stay focused on the tasks at hand that directly make me money.  My mind is drifting to the sights, sounds and smells of the backcountry in September where the mule deer live. As of late, like the last couple years, it’s been a challenge to get into the mountains to hunt, and have a full season of doing so.  A couple years ago I got word that I was gonna jump out of a helicopter and share the sky with the tallest mountains on the planet. That trip just happened to be almost the full month of November, and the pre-trip jump training was spread through September and October.  The next year my absolutely amazing lady and I stumbled onto our forever home, which ended up closing on my birthday, October 11th. That season was spent moving, refinishing 2000 square feet of hardwood floors, and putting it all back together again. This season is going to be different, and I’m pretty excited about it.

So, with the season approaching, I go through my routine of mentally ticking off my gear list.  Most of the stuff is pretty set in stone; it’s gear I use every year and it just needs an ops check.  But, other stuff, like my sleeping pad, I’ve got to replace because it somehow ended up with a hole in it from one of my summer trips.  The other stuff though, the expendables such as food, water purification filters, batteries, game bags, etc, those all need to be replenished.  I’m not a fan of procrastination on stuff like that so I like to plan ahead and have a box of it sitting there patiently waiting to be packed into my ruck.  One of those expendables is homemade firestarter material. I’m not talking about primitive methods here either. I’m talking about the shit that you use when you feel like you’re fucking freezing to death and you wanted a fire about an hour ago.  I remember when it dawned on me that I could actually use a fire for warmth now that I didn’t have to worry about someone coming to kill me if my position was compromised. Revolutionary shit people…. The convenience of being able to call it quits for a bit and start a fire to get warmed up, or the comfort a fire brings while hunkering under a fir tree during a rain is virtually a priceless commodity for the brain.

I’m not too stoked on commercial fire starter material.  Although some of them have merits, and work really well, I feel like its something necessary for the primal mind to go through those preparatory motions before submitting yourself to Mother Nature’s will.  I’m going to tell you what I like to use, and what I’ve had the most success with. The key to fire starter material is that it’s got to burn long enough to kick off the tinder, and then the small feeder fuels.  In wet conditions, we need the starter to kick off the tinder by ways of heating it to the point where it dries out and ignites, which hopefully burns long enough to dry out the smaller feeder fuels allowing us to burn relatively damp larger fuels.  Something I also like to consider with fire starter is making sure I can start it by striking flint and steel. I always have flint and steel in my kit along with a lighter. Lighters can get smashed, get soaked, and be rendered useless. Two is one, one is none.  Solid rules to live by. 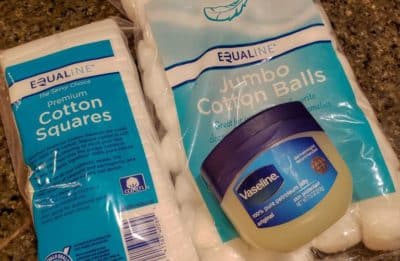 The first one that I tried when I got into the backpacking scene was one that a lot of folks have heard of before.  Cotton balls with vaseline rubbed into them. No secret, the stuff burns, and it burns well, even in wet conditions.  Unless you want really soft hands (I know some of you guys do), grab a pair of rubber gloves, a big bottle of vaseline, and a bag of cotton balls.  Smear that stuff all over the balls and set them aside. I found that four of these guys will do the trick for a quick fire, so I make individual packages of them using snack sized baggies.  Stuff all those individuals into a quart ziplock and you’re all set. I usually budget one a day for early hunts, and two a day for late season hunts. One year, through a bout of mental distraction I realized that I didn’t have any cotton balls and my OCD said I absolutely needed to get this shit done tonight.  I saw a pile of my ex’s square cotton pad makeup things. Perfect, and they actually worked out a little better. With these, you can make a vaseline sandwich with the pads. Smear on top, in the middle, and the bottom, and you’re golden. One of these little sammiches of warmth equals about two cotton balls, so plan accordingly.  Both of these things take up really small amounts of space, and pack a decent amount of heat. They’re also easy to start with flint and steel. The downside is that it takes a lot of cotton balls to get the amount of heat you’re going to need.

The next method I’ve recently discovered is a little more labor intensive, but I think it yields better results.  Enter in some empty egg cartons, dryer lint, and paraffin wax. It’s gonna get weird….. Save your dryer lint. Grab a jar, put it on the laundry shelf above the dryer and when you check the lint trap stuff that wad into the jar.  Passive resupply, kinda like snagging a bottle of H4350 every time you see one on the shelf, even if you have 40 some-odd pounds of the stuff already. Get a double boiler going and melt your paraffin wax. While that’s going get your lint and tear off some chunks that fit into each little egg container compartment.  Fill em up, because the wax will reduce the overall size of the lint ball. You sensitive types could ask your missus to swing by Bed Bath n Beyond and grab you some lavender oils so you can add some scent to your backcountry experience. No judging here, to each their own. Carefully pour the paraffin wax over the lint balls in the egg cartons, filling them up almost all the way.  Let them cool and harden up, then you can cut off each individual cup as a fire starter. The egg carton doubles as a wick, and the lint keeps the paraffin burning a larger flame than just a candle. The only downsides to these are that they’re a little more bulky than the cotton balls, and they’re more difficult to start with flint and steel. 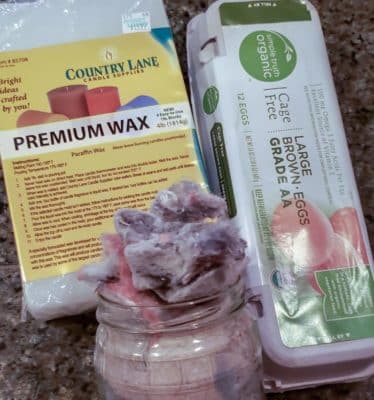 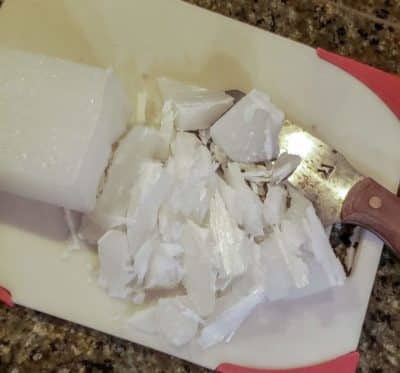 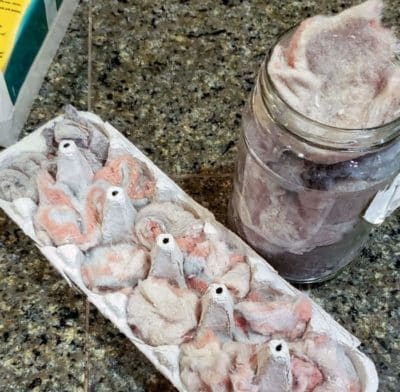 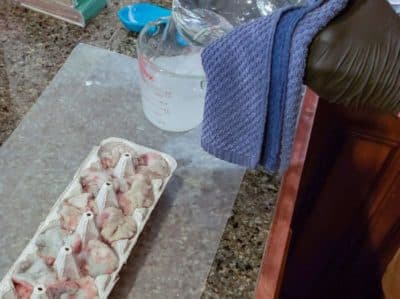 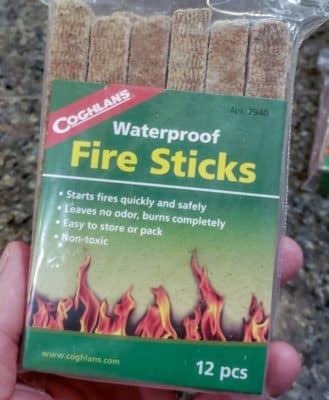 A couple other commercially available products are definitely still on my list, and I sometimes take more than one method of fire starter, especially if I know the weather is going to be less than desirable.  Fire sticks are simple, effective, and they take up a small amount of space. They’re good in the sustained burn department too, but you can’t start them with a flint and steel, and they can be stubborn when it’s damp.  My commercial fire starter go-to is fire gel. It’s cheap, a little goes a long way, and it’s easily started with flint and steel. It’s use is self explanatory, but try to find a flat piece of bark to use as a dish that you smear the gel onto.  The big surface area will help kick off your tinder faster and it’ll burn a bit longer.

There it is folks, a synopsis of a couple little things that make life more comfortable in the backcountry.  Sarge doesn’t do cold n’ wet anymore. Ever. Don’t care what gear I’ve gotta take to make that not happen. There’s a saying that there’s no such thing as bad weather, only bad clothing.  I don’t do bad clothing either. Ever. BUT… Even with great clothing, there’s something to be said for having the comfort and warmth that a fire offers when you’re worn out and cold. Have fun out there this fall guys.  Suffer Patiently, Patiently Suffer, and shoot well.